Motown 'Funk Brothers' get star on Hollywood Walk of Fame

Detroit musicians who had to wait decades for recognition are getting some high-profile attention lately.

The long-awaited discovery of Detroit musician Rodriguez was highlighted last month, when the documentary about him, “Searching for Sugar Man," won an Oscar.

This month, the once nearly forgotten session musicians for Motown Records will get a star on the Hollywood Walk of Fame.

As it turns out, two of those Funk Brothers played a role in Rodriguez' 1970 debut album, "Cold Fact."

Funk Brothers guitarist Dennis Coffey co-produced "Cold Fact," played guitar on it, and wrote the liner notes for it; the late Funk Brother Bob Babbitt played bass on the album.

But as the Detroit News notes, many of those Motown musicians have not lived to see this new accolade:

Several key members of the group were gone well before Allan Slutsky's book about Motown bass legend James Jamerson, "Standing in the Shadows of Motown" came out in the late 1980s. Jamerson died, largely unknown, in 1983, and drummer Benny Benjamin had passed on years before that in 1969. Funks bandleader Earl Van Dyke died in 1992 and guitarist Robert White, who played the immortal lead on the Temptations' "My Girl," in 1994. Since the "Standing in the Shadows of Motown" documentary came out in 2002, Hunter, pianist Johnnie Griffith, drummers Pistol Allen and Uriel Jones, and just last year, bassist Bob Babbitt died. 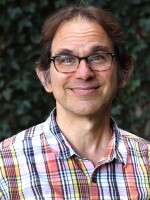 Mike Perini
Mike Perini is Michigan Radio's midday host. He started at the station in 1996 as a temporary, fill-in announcer and was made the full-time midday host in 2002.
See stories by Mike Perini
Latest Stories
Related Content