Ninety years ago, the Bath school bombing took 44 lives, and it could have been much worse

May 18 marks the 90th anniversary of largest school massacre in U.S. history. On that day in 1927, in Bath, Michigan, 38 elementary school children and six adults were killed and nearly 60 others were injured. Andrew Philip Kehoe had packed 100 pounds of dynamite and blown up half of a school.

Kehoe was trained in how to harness electricity, a relatively new technology at the time. While studying in St. Louis, he was zapped.

"Did this have an effect on him? Hard to say," Bernstein said.

Soon after, his step-mother, with whom he had a contentious relationship, died when her oven exploded.

Bernstein said Kehoe did have the technical knowledge to set the explosion, but there was no way to know if he did it.

Kehoe married the niece of a prominent Lansing-area politician and started farming in Bath, Michigan. He became a member of the school board, but got into arguments with the superintendent.

On May 18, 1927, Kehoe was called down to the school to look at a broken boiler. He became flustered and left. Then, a massive explosion occurred. The north wing of the school collapsed.

At the same time, Kehoe's farm was ablaze. He drove his truck back to school, which was in chaos. The superintendent asked Kehoe if he could use his truck to get some tools. Then, the truck blew up, killing both Kehoe and the superintendent.

Afterward, investigators found other explosives under the school that never went off.

"Had it all gone off," Bernstein said, "Bath would have wiped off the map."

Listen to the full story above.

This segment is produced in partnership with the Michigan History Center.

Arts & LifelansingMichigan historybath school bombing
Stateside Staff
Stateside is produced daily by a dedicated group of producers and production assistants. Listen daily, on-air, at 3 and 9 p.m., or subscribe to the daily podcast wherever you like to listen.
See stories by Stateside Staff 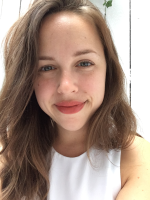 Lyse Messmer
Lyse (pronounced "lease") grew up in Portland Oregon, where she was surprised to learn as a teen that the radio played music and not just Fresh Air and All Things Considered. While she officially studied painting, history, and urban planning at Brigham Young University, she made a much more comprehensive study of This American Life. After graduation, she moved to Detroit to see what all the Brooklynization was about.
See stories by Lyse Messmer
Latest Stories
Related Content