Marshall Mandolin Summit is a “homecoming” for Michigan-born instrument

When you think of a mandolin, you may think of Europe during the Renaissance or bluegrass music from the South. But it turns out the mandolin actually has roots right here in Michigan.

This past weekend, mandolin enthusiasts descended on Marshall, Michigan for the Marshall Mandolin Summit. Visitors spent the weekend sharing their love for the instrument and learning under world-renowned mandolin players like Don Julin, author of Mandolin for Dummies, and Mike Marshall (no relation to the town).

Stateside's Sarah Leeson went to the summit's opening day and brought back an audio postcard, which you can hear above.

Derek Smith, a product specialist at Northfield Mandolins and one of the founders of the Marshall Mandolin Summit, said that the town of Marshall didn't originally have any ties to the mandolin except for its location.

"We are very close to the birthplace of the modern mandolin, which was in Kalamazoo," Smith said. The Gibson company, which originally produced these instruments, has since left Michigan, but Smith said Northfield Mandolins is picking up where Gibson left off.

"We have, in the last 10 years, brought that tradition [of mandolin making] back to the area," Smith said.

Adrian Bagale, the owner and founder of Northfield Mandolins and a co-founder of the summit, called the event a "homecoming" for the mandolin.

"We're making mandolins, and now we're just 30 miles down the road from where it all started, so it's a total homecoming," Bagale said. "We feel really entitled with the sense of a purpose in making the mandolin in Southwest Michigan."

At the summit, players and instructors come from all around the world to learn and play together. One of those instructors is Mike Marshall who has been teaching at events for the "mandolin obsessed for many years now."

He said he was drawn to the instrument first because it seemed like "a bit of an underdog."

"So much has been done with the guitar — acoustic guitar, classical guitar, electric guitar — and the mandolin was this little folk instrument," Marshall said. "But when you start to look at it and look at the traditions and look at the different cultures where it existed, you realize there's so much there."

Geoff Preckshot, one of the students at the summit who traveled from Monroe City, Missouri, said he'd made the trip to benefit from the teachers and the environment.

"For musicians, we always strive to get better, and it's difficult to get better without having variety and instruction," Preckshot said. "Here, this summit is offering a bunch of instructors on a variety of different styles, so it's an opportunity to get an experience that you wouldn't normally get just sitting around the house."

Tags
Arts & Life KalamazooMarshallinstrumentsmusicGibsonmandolin
Stateside Staff
Stateside is produced daily by a dedicated group of producers and production assistants. Listen daily, on-air, at 3 and 9 p.m., or subscribe to the daily podcast wherever you like to listen.
See stories by Stateside Staff 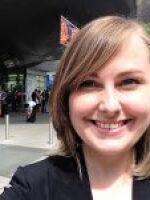 Sarah Leeson
Sarah Leeson is a production assistant for Stateside and a University of Michigan grad. After spending four years studying communications, writing, and French, Sarah is happy to discuss anything concerning social networks, mass media, or crêpes. She also worked on the Michigan Daily as a columnist, contributing poignant stories about her own misadventures at home and abroad.
See stories by Sarah Leeson
Latest Stories
Related Content