Teachers need those who support them to start showing it

People …we need to talk.

I’m going to drop my calm teacher demeanor and get real with you.

The Republican legislature is at it again in Lansing with HB 5722, a piece of legislative nonsense that, among other things, seeks to have teachers post all their lesson plans at the beginning of the year.

Really? So if my lesson runs long, I can’t change it around the next day? No room for teachable moments in the Republican version of pedagogy, I suppose.

This is as stupid as the proposal last fall to ban the teaching of Critical Race Theory that’s not actually being taught.

Of course it’s more red meat for the base and political theater, but that’s not what’s sticking in my craw. This time I want to talk to you. I don’t care if you’re Republican or Democrat, liberal or conservative. That’s not the point.

Odds are you’re a rational, INFORMED person. You understand we live in a pluralistic society and people will disagree, but there’s no reason to demonize those who disagree with you.

You believe America is a great country, but you also acknowledge we have things in our past that must be taught and we must grapple with. You know that in order to understand the present, we must honestly explore how we got here.

But you know what? I’m tired of your indifference. I’m tired of you letting the vocal ten percent of extremists rant at school board meetings while you don’t even attend them.

I’m tired of your silence in the face of their angry noise.

You’re letting these people control the narrative and the public discourse about education policy. I don’t mean the Republican legislators who keep proposing iditoic legislation in order to whip up some anger and fear.

I mean the angry noise from out of control citizens who show up at school board meetings and scream their intolerance and fears through faces strained with hate.

I mean the parents who dropped off students at some elementary schools in my district and shouted at teacher’s that they were Nazis because they enforced the legal mask mandate.

I mean the man who harassed a colleague of mine about a graphic she used in a high school course showing the ideological spectrum. To him, the mere act of showing that there were different points of view was an attack on his own.

These are the people dominating our discussion of important questions about race, education, and the role of the past in shaping the present.

Meanwhile, you’re busy. Or you cluck your tongue when you see such events in the media, but that’s as far as you’ll go.

Show up at a school board meeting and speak during the public comments section about your support for an honest look at our nation’s history, not a white washed one, pun very much intended.

Email your child’s teachers and let them know you support their efforts to promote civil discourse.

And most of all, when you hear people espouse extremist points of view, at the very least, tell them you don’t agree with such talk.

Sir Ian Kershaw, an English historian, said the road to Auschwitz was built by hate but paved with indifference. HB 5722 and the rancor of the vocal ten percent is not comparable to the Holocaust, no, but the indifference you are showing could pave the way to future tragedies.

Yes, the implications are that serious: History and common sense both teach us that extremism unopposed gains adherents.

They are filling the void of your silence with anger and a fear of diversity. They are attempting to suppress your children’s opportunity to gain valuable insights from the panoply of human experiences, the good and the bad.

If you’re okay with that, stay silent.

Keith Kindred is a social studies teacher at South Lyon East High School. His views are his own and do not necessarily reflect those of Michigan Radio, its management or the station licensee, The University of Michigan. 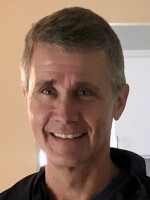