The City of Detroit is hosting a “Juneteenth Freedom Fest” Sunday at Eastern Market. Juneteenth commemorates June 19, 1865, when the last African American slaves were freed in the United States.

Erica Hill is the Deputy Director for the City of Detroit’s Office of Civil Rights, Inclusion, and Opportunity. She says the festivities will include poetry readings, food, and a shopping area.

“Which is, we’re calling Black Bottom Row where people will have an opportunity to purchase goods from our local small Black businesses,” Hill said.

There will also be musical performances by the hip hop group Slum Village, singer-songwriter Charity, and Gospel artist John Houston. The Freedom Fest is one of several Juneteenth events scheduled in the Detroit metro area throughout the weekend.

Hill said Juneteenth marks a milestone from more than 150 years ago, but there’s still work to be done today.

“We are in the middle of all types of civil unrest, racism,” Hill said. “We went from George Floyd, now we're at shootings in schools again. I mean, I could just go on and on and on and on.”

She said Juneteenth should remind us that everyone should have the opportunity to go to school or shop in a grocery store and come out alive. The City began officially celebrating the historic date in 2019 and it became a federal holiday last year. 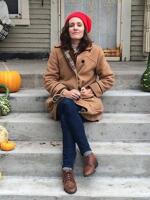