Undocumented migrant farmworkers to advocate for path to citizenship in U.S. Capitol

Some of Michigan’s undocumented migrant farmworkers are travelling to the U.S. Capitol this week to advocate for a path to citizenship.

That’s after a Senate official blocked immigration reforms in a budget bill.

Earlier this summer, the Senate and House advanced a $3.5 trillion dollar budget that included more than $100 billion dollars for immigration reform.

But on Sunday, a Senate parliamentarian ruled against putting that spending proposal from Democrats in the budget.

Now, four migrant farmworkers from Michigan are joining 20 others from across the country to demand Congress act on legislation for people like them.

Gricelda is one of those workers traveling to Washington D.C. Monday. She’s worked at a dairy farm in Allegan County for the last 16 years.

She says farmworkers deserve citizenship because they’re the ones doing hard work in the field. She adds during the pandemic they put their lives on the line, having to continue working in person.

Gricelda says she hopes Senators realize farmworkers like herself are the ones who are keeping American households fed.

Leydy Rangel is the National Communications Director for the United Farmworkers Foundation and a daughter of undocumented farmworkers.

“These are the workers who are essential, and who have no essential rights who have been really just that been designated as essential, but, you know, get they're still subject to deportation.” 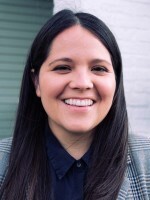