The Oxford Community Schools board has pushed back an independent inquiry into the shooting at Oxford High School last year that left four students dead.

The board declined a review by the Michigan Attorney General’s Office during a meeting this week.

The school district faces multiple lawsuits brought by survivors of the attack and parents of its victims. Criminal trials against the alleged shooter and his parents are ongoing. Members of the Oxford school board said they will wait until litigation from the shooting is over before undertaking a third-party review.

One of the parents suing the district is Buck Myre. His son Tate was killed in the shooting.

He said he considers the board’s decision to delay the investigation an admission of guilt.

“They know that things didn’t go right that day. And they don’t want to stand up and fix it,” Myre said.

Michigan Attorney General Dana Nessel offered to conduct an independent review of the shooting. That was rejected by the school board. In a statement, Nessel said the move “flies in the face of transparency.” 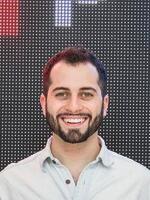