It’s a constant worry for Michigan farmers: Will I have enough workers?

Michigan fruit growers are nearing a crucial time of the year: harvest season. But those farmers are struggling to find enough labor to fill their needs.

People are no longer turning up at the farm looking for work, said Rob Steffens, owner of Steffens Orchard in Sparta, just north of Grand Rapids. Steffens needs more than 40 workers each year for his 280-acre orchard. He’s on track to have enough this year, but he says some workers have told him they aren’t returning.

“They’re just afraid to move is what I’m hearing. Afraid to put themselves at risk,” Steffens said.

Farmers are increasingly turning to the federal H-2A visa program, which brings in seasonal migrant workers, mostly from Mexico, for their labor needs. In 2015, the Michigan Farm Bureau responded to members who were frustrated with the cumbersome H-2A process by creating the Center for Commodity, Farm & Industry Relations and Great Lakes Agricultural Labor Services, programs which help farmers hire foreign workers.

“The goal is really to bring in workers [because] we can’t provide enough domestic workers to complete the jobs,” said general manager Bob Boehm.

The program has brought in 1,300 workers so far this year, and similar services and independent contractors have added 5,200 more.

“It’s certainly doubled in the last few years,” Boehm said. “People want a dedicated workforce and are moving to that program because they have to.”

Boehm said he’s seen a decrease in migrant labor ever since the Sept. 11, 2001 terrorist attacks.

“A tightening border, people are aging out, kids are going to school, finding things to do, and people just aren’t traveling like they used to,” he said.

It’s not uncommon for Steffens to scramble to find enough workers each season, he said.

“Last year we were on the cusp of not having enough, but we were able to sneak through,” Steffens said. “We have absolutely zero people coming by looking for work like they used to a few years back.”

Steffens is yet to join the H-2A program because he has a strong relationship with a core group of workers that have returned each year, and he sees the visa process as cumbersome and overly costly. Steffens said he would like to see the program modified so the process of connecting with workers is easier.

Listen to the full conversations above.

Tags
Economy agriculturelaborMigrant WorkersfarmingMichigan agriculture
Stateside Staff
Stateside is produced daily by a dedicated group of producers and production assistants. Listen daily, on-air, at 3 and 9 p.m., or subscribe to the daily podcast wherever you like to listen.
See stories by Stateside Staff 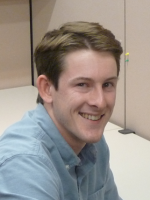