The Canadian government wants a federal judge to halt Michigan’s efforts to shut down the Line 5 pipeline until Canadian and U.S. diplomats can talk it out.

On Monday, a lawyer for the Canadian government alerted U.S. District Court Judge Janet Neff that Canada has officially invoked a 1977 treaty, part of which says that “no public authority” in either the U.S. or Canada can impede the flow of petroleum products through international pipelines like Line 5.

Canadian officials argue that the treaty leaves Michigan Gov. Gretchen Whitmer powerless to stop Canadian oil giant Enbridge Energy from operating Line 5, despite Whitmer’s order last winter for Enbridge to stop transporting petroleum products through the Straits of Mackinac by this past May (an order Enbridge has defied).

Gov. Gretchen Whitmer said in a statement she's "profoundly disappointed" in the Canadian government. She called on Canadian Prime Minister Justin Trudeau to reverse the decision to invoke the treaty and expressed confidence that Michigan will prevail in court.

Michigan is, and will remain, a strong partner with Canada on a range of issues," Whitmer said. "However, I will not remain silent when the fate of the Great Lakes and Michigan hangs in the balance."

Michigan and Enbridge are locked in legal battle over the shutdown order, awaiting a decision from Neff on whether the case will continue in federal or state court.

Canadian officials have repeatedly argued that legal proceedings should pause until the U.S. and Canada have a chance to negotiate the pipeline’s fate — an argument opposed by attorneys for the state who noted that Canada had yet to launch a formal negotiation process.

That changed Monday. In a letter to the judge, Canadian counsel Gordon D. Giffin said the country’s officials had used “diplomatic channels” to present U.S. officials an official request for negotiations.

“Canada respectfully submits that with the triggering of the Treaty’s dispute settlement process, the Court should hold proceedings relating to Michigan’s Line 5 shutdown order in abeyance while the Article IX process is ongoing,” Giffin wrote.

In a statement Monday, Michigan Attorney General Dana Nessel said she is “disappointed” by Canada’s letter, saying it provides “no legal basis for delaying consideration of our case.”

“Neither the Treaty nor the dispute resolution process are relevant to the question now pending before the Court: whether the federal court has jurisdiction over the State’s suit against Enbridge,” Nessel said. “It is our position that the court can and should promptly rule on our motion to remand the case to state court.”

Canadian officials had threatened to invoke the treaty for nearly a year, ever since Gov. Gretchen Whitmer announced in November that she was giving Enbridge 180 days to shut down the Straits section. Whitmer argued the move was necessary to protect Michigan’s waters from the risk of an oil spill in the aging pipes that run along the lakebottom.

A spill, Whitmer said upon announcing the order, “would devastate our economy and way of life. That’s why we’re taking action now.”

The shutdown order came after years of public outcry by environmental activists over safety fears tied to the 68-year-old pipeline, which sits exposed at the bottom of one of the world’s most tempestuous waterways. Repeated mishaps, including anchor strikes in 2018 and 2020 that damaged the pipeline, only added fuel to the controversy.

But the shutdown order sparked tension between Michigan and its across-the-border neighbor, which has been in lockstep with the Canadian company’s effort to keep the pipelines flowing. In March, Canadian Minister of Natural Resources Seamus O’Regan called Line 5’s continued operations “nonnegotiable” and noted that he had met with U.S. Energy Secretary Jennifer Granholm regarding Line 5.

Canadian officials argue the treaty supersedes Whitmer’s legal power, and it would be improper for the court to make any decisions that could interfere with Treaty processes.

Steven Ratner, an expert on international law and the Bruno Simma Collegiate Professor of Law at the University of Michigan, told Bridge Michigan it’s not so simple.

The treaty has some language that could benefit Michigan, Ratner told Bridge in an interview this spring, including a provision that allows pipeline flows to be “temporarily” stopped in light of “an actual or threatened natural disaster, an operating emergency or other demonstrable need.”

Michigan could argue that its shutdown order is merely temporary — Enbridge, after all, is still free to continue with plans to replace Line 5 with a new pipe buried in a tunnel beneath the lakebed — and meant to stave off a potential disaster.

And, Ratner noted, the treaty notes that pipelines are subject to “regulation by the appropriate governmental authorities.” That, Ratner told Bridge on Monday, could amount to a “grant of permission” for Michigan to regulate Line 5 under the treaty.

Michigan environmental groups on Monday responded to Canada’s treaty invocation with outcry. Calling it a legal stall tactic on Canada’s part, they urged Neff to disregard it.

Noting that Canada’s action came on the same day that Americans awoke to news of a massive oil spill Sunday on the California coast (with early reports indicating it may be the result of an anchor strike), the National Wildlife Federation’s Great Lakes conservation manager, Beth Wallace, accused Canada of “ignoring the fate of people across the Great Lakes in favor of an oil corporation.”

“Michigan has the right and duty to protect the Great Lakes from the devastation we’re seeing in California,” Wallace said, “and Canada should be seeking alternatives instead of delays.”

Enbridge, meanwhile, noted that Line 5 has never spilled in the Straits, and that the company has invested heavily in monitoring and safety enhancements to prevent potential spills. The company also has backing in Michigan from many Republican lawmakers and some business groups.

“We greatly appreciate the efforts of ‘Team Canada’ – from the Government of Canada to the Provinces of Ontario, Quebec, Alberta and Saskatchewan for their commitments and efforts to keep Line 5 open,” Enbridge spokesperson Ryan Duffy said in an email to Bridge.

Enbridge is fighting to keep the suit in federal court, whereas Michigan officials want the case to be heard before a state judge. Judge Neff, who sits in the state’s Western District in Grand Rapids, is an appointee of President George W. Bush.

Editor's note: Enbridge Energy is a sponsor of Michigan Radio 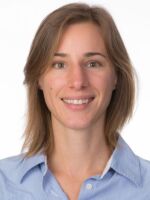