Plans to expand recycling in Michigan have been in motion for more than a decade.

This week, the State House and Senate passed legislation to amend the Natural Resources and Environmental Protection Act. The legislation would aim to increase recycling access and build more recycling infrastructure.

Kerrin O’Brien, Executive Director of the Michigan Recycling Coalition, said she hopes that “as counties and municipalities take a look at the programming and services that are available [in this act], that we improve equitable access to recycling services."

Chemical recycling involves the use of heat and chemicals to break down plastics.

Senator Jeff Irwin (D-Ann Arbor) said parts of the bill would do more harm than good for both the environment and human health.

"This language, that was added at the last minute to this bill, takes us backwards, brings us back towards more incineration and processes that ultimately produce toxic pollution that harms peoples' health," Irwin said.

The legislation is headed for the governor's desk. 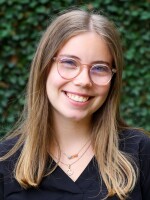 Emily Blumberg
Emily is a junior at the University of Michigan double majoring in Communications and Creative Writing.
See stories by Emily Blumberg
Latest Stories