Fifty years ago, Congress set out to guarantee future generations would always have access to America’s great outdoors in its most natural state. But several recent requests for wilderness protections have been languishing on Capitol Hill.

In the past five years, just one new wilderness bill made it to law. This new law guarantees 35 miles of northern Lake Michigan shoreline will be forever left wild.

The vast majority of visitors to Sleeping Bear Dunes National Lakeshore have never seen it in its winter glory. This spot on Good Harbor Bay is a perfect semi-circle of icy shoreline  flanked by snow-covered dunes on either end.

“I actually went out by Shalda Creek and got onto the lake over there and skied, out past pyramid point and out past the ice cliffs.” Brian Price says this is one of his favorite spots. He heads the Leelanau Conservancy.

Price says, beyond being a great spot to swim, kayak and ski, this happens to be home to a pretty distinct forest system shaped by sand from dune erosion since the time of the glaciers.

Now the promise is to leave it forever wild. But it took years to convince the U.S. House to act on legislation that was popular at home and first introduced in 2009.

“It’s not a good political climate for wilderness bills, unfortunately,” says George Nickas, with Montana-based Wilderness Watch. “We try to monitor pretty much all the legislation that involves wilderness as it goes through Congress,” he says. “And we were really happy to see the bill go through, and go through the way it did.”

Nickas says over the years, the idea of adding new wilderness has grown increasingly partisan. And he says, unlike the new law for Sleeping Bear, many recent proposals also include tradeoffs. In his state of Montana, a wilderness proposal also includes plans for commercial logging on 100,000 acres of national forestland.

“So you get these kind of bills where wilderness sort of becomes a currency, if you will, to get a lot of other things going,” he says. “And, in order to get some conservationists to endorse that, we get some wilderness designated.”

Nickas, and others, say northern Michigan Congressman Dan Benishek deserves a lot of credit for pushing the Sleeping Bear proposal through a bottleneck in the U.S. House, and for keeping the bill free of extras.

That’s even though they don’t always see Benishek as a strong proponent for wilderness.

Congressman Benishek says Sleeping Bear’s proposal was different than many proposals for western states, where he says the public has had little input. He says the tough part was convincing his fellow Republicans.

“The reason this got through is that I was able to explain to those guys who are from out west that – hey, this is not some bureaucratic plan developed in Washington,” he says. “This was something the guys and gals right there in Leelanau and Benzie County put together.”

Back at Good Harbor Bay, Brian Price says this consensus wilderness plan came after years of contentious public debate. There was a lot of public input, in large part because people lived here.

“This was not a wilderness area,” he says. “It was settled.”

In the 1960s this was a rapidly developing cottage row. People were forced out to create the national park.

“I used to be a commercial fisherman and we would set trap nets. Every once in a while we’d look up and you’d see a house being pulled down the beach,” he says.

“So it’s keeping a promise to those people, and it goes back to the origins of the park, that it was not a wilderness area.

“But it had only experienced minor development and we were able to reverse that,” he says. “That’s something that almost never happens.” 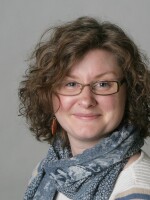