Governor Gretchen Whitmer's office said Tuesday evening that she is staying in a separate area of her home after her husband tested positive for the coronavirus earlier in the day.

Dr. Mark Mallory, Michigan's first gentleman, was feeling "under the weather," the governor's spokesperson Bobby Leddy said in a statement.

Leddy said Whitmer was not feeling any symptoms and that she took a rapid test with a negative result. Out of an abundance of caution, though, Leddy said she would take a more sensitive PCR test. He said she would be staying in a separate part of the house until that test result comes back negative.

"Thankfully, the entire family is fully vaccinated and boosted, so the governor has not tested positive and is not experiencing symptoms," Leddy said.

Leddy said Whitmer and her husband celebrated Christmas with their immediate family members, but they took precautions to limit their contact with others, and Whitmer submitted information for contact tracing.

More than 10,000 people a day were testing positive for the coronavirus at the end of December, according to data from the state health department. A combined 1,300 staff at two of the state's largest health systems have tested positive in the last week as well.

Leddy said Whitmer would continue working to increase access to testing and treatments like monoclonal antibodies and a new antiviral pill. 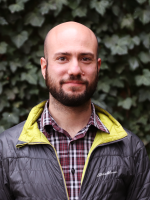