The U.S. Food and Drug Administration said Wednesday that it's investigating the death of an infant who was said to have been given formula produced by Abbott Nutrition, which runs a plant in Sturgis, Mich.

The FDA said the newest investigation is "in its preliminary stages." The agency said the baby died in January and it was notified of the complaint on June 10.

In response to the new investigation, Abbott said, "On June 24, the FDA released information about an infant death from January, which was recently reported to them nearly six months after the child’s passing. The FDA informed Abbott of this last week in an email. At this time there is very little clinical or product information available to Abbott. It is our understanding the consumer was unable to provide lot, UPC or date information, and no samples are available for testing. If additional information about this case becomes available, we will further investigate the case."

The FDA warned consumers earlier this year about using certain infant formulas made at the Sturgis facility after harmful bacteria were found in the plant.

After the plant shut down over those safety concerns, a nationwide formula shortage intensified. The plant restarted production earlier this month, only to close again weeks later because of flooding.

In a press release, FDA commissioner Robert Califf released a statement saying, "The FDA is working night and day to ensure that parents and caregivers can readily find safe and nutritious formula products for any child who needs it.” 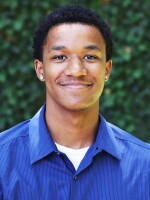 Toussaint Fancher
Toussaint joined Michigan Radio in June 2022 as a newsroom intern. He is a Junior at Howard University in Washington, D.C., majoring in journalism and minoring in Afro-American Studies.
See stories by Toussaint Fancher
Latest Stories
Related Content