A sixth person is accusing a late University of Michigan physician of sexual abuse. The university says it has received more than 20 calls to a hotline since it announced an investigation into Dr. Robert E. Anderson Wednesday.

The former patients allege Anderson sexually abused them during exams. A spokesman says the hotline had received 22 calls as of Thursday morning regarding Anderson, the onetime director of the University Health Service and physician for the football team. One of those callers, 72-year-old Gary Bailey, told The Detroit News that he first complained to the university about Anderson in 1968.

An investigation has found several former patients who allege that a late University of Michigan physician sexually abused them during exams going back decades.

A hotline has been made available for others to come forward with information about Dr. Robert E. Anderson, the former director of University Health Service and athletic team physician, who worked at the school from 1968 to his retirement in 2003.

A former student, Robert Julian Stone, contacted the university's athletic director in 2018 with an essay alleging misconduct during medical exams. Stone’s essay "My Michigan Me-too Moment, 1971" prompted an investigation by U of M police.

Washtenaw County Prosecutor’s Office reviewed the investigation and determined no criminal charges would be filed.  Anderson died in 2008.

Several others have since alleged similar abuse from the 1970s to the 1990s.  Accusers detailed sexual misconduct and unnecessary exams under the guise of medical care. A Washington, D.C.-based law firm, Steptoe & Johnson is investigating the allegations on the university's behalf. 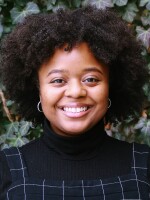 MaKayla Ealy
MaKayla is a recent Michigan transplant hailing from Arkansas with a deep love for storytelling which has translated to a love for public radio. She loves being outdoors (and welcomes any recommendations for great hiking spots), cooking for her fiancée, and is a budding horticulturist. She is studying Mass Communication at the University of Arkansas Little Rock.
See stories by MaKayla Ealy
Latest Stories
Related Content