Rick Foreman heard the news on Thursday like everyone else. A group of men, many with ties to Michigan’s militia community, many who’d stood side-by-side with Foreman at demonstrations this spring and summer, had allegedly plotted to overtake the state capitol and kidnap the governor.

“When I heard about it, I couldn’t believe it,” Foreman says.

Foreman is commanding officer of the Michigan Home Guard, which claims to be the largest and most active militia group in the state. Foreman also has a lot of connections with other militia members, and other Second Amendment rights activists. So after hearing about the charges against the 13 men, Foreman says he reached out to some people he knew. What he heard was enough to make him believe at least some of the allegations.

"That's not something that we condone at all. That's not anything that the militia is about," says Rick Foreman of the Michigan Home Guard

“That’s not something that we condone at all,” Foreman says. "That’s not anything that the militia is about.”

One thing that wasn’t hard for Foreman to believe: that the apparent ringleader was a man named Adam Fox. Fox had been kicked out of the Home Guard for what Foreman calls “rage issues.”

Eventually Fox was kicked out of the Home Guard for threatening other members on social media. The Michigan Home Guard issued a statement over the weekend condemning the alleged terrorist plot. Another group, Michigan Militia Corps, Wolverines also sought to distance itself from the men.

According to Michigan Attorney General Dana Nessel, some of the men charged in the plot were members of a group called Wolverine Watchmen.

“Although they have adopted our mascot, we have no affiliation with this group,” the Michigan Militia Corps, Wolverines said on its website.

“I find this interesting that these guys were kicked out of these militias and the press is trying to say that these militias are part of it when they weren’t when these guys obviously formed their own group because everybody else is like, ‘You know you’re a little over the top for us,’” says Tom Norton, a former Republican candidate for Congress, who met a number of the men at rallies in the spring and summer.

Michigan has long been home to a variety of militia groups, many of which have very different ideas about how to operate, says JoEllen Vinyard, professor emerita at Eastern Michigan University and author of the book Right in Michigan’s Grassroots: From the KKK to the Michigan Militia.

But while some militias have been distancing themselves from the alleged actions of the men charged last week, Vinyard says there are some common ideas that unite the groups.

“They’re all fearful of government power, government authority being abused. They all believe in the Second Amendment – right to have guns – and they all believe, for the most part, that they are helping America,” Vinyard said on Stateside. “They think that they are a force behind democracy, and that some citizens have been duped into believing leaders who have not been treating them fairly or honestly.”

It can be hard to know what to call these groups, because while some are focused on restoring democratic rights, or prepping for disasters, others – like the men accused of plotting to kidnap Governor Whitmer – are more legitimately terrorists, Vinyard says. But there’s a reason many anti-government groups call themselves militias: The word is used in the Second Amendment.

“They chose the term because it gives them, I think, a certain constitutional legitimacy. But it really is not a good term to describe all of these groups across the time,” Vinyard said.

And within the militia groups, it's not always easy to distinguish people who just want to be prepared for disaster and protect their families, and people who have more extreme views.

Even Rick Foreman was surprised when he saw all the names of who was allegedly involved in the kidnapping plot. Two brothers, William and Michael Null, were charged for going along with the plot and going on a nightime surveillance trip to the governor's vacation home. The Nulls were members of a group called the Michigan Liberty Militia, which was active at a number of rallies this year, and frequently appeared in videos and interviews with reporters.

Foreman says he didn't think of them as radicals out to overthrow the government. He says he even witnessed the Null brothers step in to calm down Adam Fox at one rally in June.

That they would get involved along with Fox in a plot to kidnap the governor was something Foreman found hard to believe.

Dustin Dwyer
Dustin Dwyer reports enterprise and long-form stories from Michigan Radio’s West Michigan bureau. He was a fellow in the class of 2018 at the Nieman Foundation for Journalism at Harvard. He’s been with Michigan Radio since 2004, when he started as an intern in the newsroom.
See stories by Dustin Dwyer
Stateside Staff
Stateside is produced daily by a dedicated group of producers and production assistants. Listen daily, on-air, at 3 and 9 p.m., or subscribe to the daily podcast wherever you like to listen.
See stories by Stateside Staff 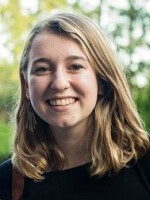 Nell Ovitt
Nell Ovitt is a recent graduate of the University of North Carolina-Chapel Hill, where she studied English and Religious Studies. After spending a year working at a university in Japan, she has traded humid summer for Midwestern winter and is so excited to be part of the Stateside team. She’s interested in storytelling and the way it connects, affects, and shapes us, and she can’t wait to learn more about it with Michigan Radio!
See stories by Nell Ovitt
Latest Stories
Yes, I'll support Michigan Radio!
Related Content