In a recent essay for the Oxford American, multidisciplinary writer Alice Randall traced the lines between her Southern heritage and Detroit upbringing.

“If you asked me where I was from, and if I really knew you well, I said Detroit, Alabama,” she told Stateside.

The essay, titled “Music from the Magic Box,” recounts ceremonial nights spent with her grandmother, Georgia Minnie Randall, watching the classic television variety show The Lawrence Welk Show. Randall said that, as a child, she found the show boring. But she vividly recalled the way her grandma would put on a silk dress, perfume, and jewelry when she sat down in front of the television with a young Alice. But it wasn’t exactly Welk’s music that Georgia tuned in for.

“She was born in a place, in a time, in Alabama where Black people served and white people were served; where Black people performed and white people were entertained; and where it was considered that all white performance was better than Black performance,” Randall explained. “When my grandmother sat down to watch Lawrence Welk in Detroit with her grandchild in a house owned by her daughter, she is disrupting all of this. A white man was entertaining her.”

While Lawrence Welk’s show was a Saturday night tradition in the Randall household, Georgia favored the music of Black artists like Duke Ellington, Count Basie, and the Mills Brothers. When the Mills Brothers guested on a 1964 episode, the “extreme respect” that Lawrence Welk treated them with left an impression on young Randall.

“He refers to these men as gentlemen. And he gives them a space to tell their entire family autobiographical music story on his show" she recalled. "He doesn't treat them as entertainers. He treats them as artists, worthy of respect.”

The Black artists Randall saw performing on the Welk show and others were hugely influential on her trajectory as a future songwriter. After moving to Fishing Creek Island, Maryland as a young girl, she took a particular liking to The Johnny Cash Show.

As for where this influence shows up in her songwriting work, Randall pointed to “XXX’s and OOO’s (An American Girl),” a song she wrote with Matraca Berg for Trisha Yearwood.

“It name-checks Aretha Franklin and Patsy Cline, right? X's and O's, we're singing to writing women. Both women who write letters to each other. Patsy Cline was a huge letter writer, and Aretha Franklin, who was a songwriter that isn't always acknowledged for the greatness of her songwriting, the same way she's always acknowledged for the greatness of her piano playing, but she was an amazing writer. So this song…is about the balance between love and money and about the work and art choices of women.” 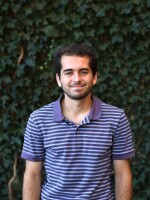 Lucas Polack
Lucas is a senior at Michigan State University studying professional and public writing. He has previously worked as a co-director of editing for VIM, an MSU fashion magazine. An aspiring music journalist, Lucas dreams of getting paid to go to concerts. He is also a screenwriter. When he’s not working, he can be found walking around aimlessly, listening to either punk rock or Kacey Musgraves.
See stories by Lucas Polack 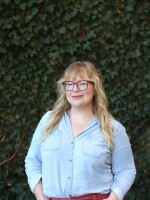 April Van Buren
April Van Buren is a producer for Stateside. She produces interviews for air as well as web and social media content for the show.
Latest Stories
Latest Episodes