Gas prices in Michigan have officially passed $5 per gallon. Ouch.

So, what’s behind the skyrocketing fuel prices? And how long can drivers expect the high prices at the pump to last? Well, it’s complicated, according to Charley Ballard, Michigan State University Economics professor. University of Michigan economic forecaster Gabriel Ehrlich said that the answers are complicated.

“It's good to remind people that this is not the first time that we've had high gas prices,” Ballard said. “This is not unprecedented. You hear a lot of times people saying, ‘Well, the price is going to go up and it'll never come down.’ Well, if conditions change, it will come down.”

While prices could drop in the future, what caused the spike in the first place is not altogether clear. One of the known factors is the price of oil, which has risen dramatically since Russia’s invasion of Ukraine. But, Ehrlich said, that doesn’t tell the whole story about why our state has seen such a rapid rise in gas prices over the past couple of weeks.

“The reality is, we're just about as confused as everyone else,” Ehrlich said. “Until about a week ago, prices here in Michigan were roughly in line with national averages. Over the last week or so, prices in the state have spiked, and they've risen a lot more than we would've expected, maybe $0.20 per gallon or so more than we would have guessed based on what's happened nationally.”

According to Ehrlich, domestic producers normally would have stepped in to fill in the gaps.

However, those companies are less willing to make large investments due to the dramatic swings in gas prices over the years.

“We have a little bit of a perfect storm where none of the swing producers you would normally look to, to fill the gap in supply from Russia's invasion in Ukraine, have come into the market,” Ehrlich explained.

That perfect storm also includes inflation and stagnant wages, according to Ballard, as well as a series of mistakes made by fiscal policy makers.

“The tax cut of 2017 was, in my view, a terrible mistake,” Ballard said. “It was a huge tax cut aimed at very high income people and corporations who are already doing very well. And it was when the economy was at full employment. Then, the various stimulus packages that we got in 2020 and 2021, I think they were well-intentioned, but I think they were not nearly as targeted as they should have been.”

Looking forward to when prices could drop, Ehrlich will be paying attention to the war in Ukraine.

“Certainly, if there were a resolution to the war, that could bring some relief in terms of gas prices,” Ehrlich said. 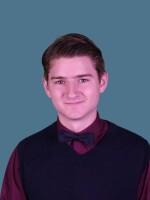 Ronia Cabansag
Ronia Cabansag is a producer for Stateside. She comes to Michigan Radio from Eastern Michigan University, where she earned a BS in Media Studies & Journalism and English Linguistics with a minor in Computer Science.
See stories by Ronia Cabansag
Latest Stories
Latest Episodes