Primary elections are around the corner. Former President Donald Trump has been rattling House races around the country, endorsing the primary opponents of Republicans who either voted for his impeachment or refuse to agree with him about the 2020 election results. Michigan is no exception to this, with Trump getting involved in several races.

One of these primaries is the 3rd Congressional District race between Republican incumbent Rep. Peter Meijer and Trump-endorsed challenger John Gibbs. Adam Wren of Politico joined the podcast to discuss his recent article about Meijer and this race.

To discuss another slate of primaries, Simon D. Schuster of MLive came on the show. He talked about the money at play in both the GOP governor primary and the race between state Senator Lana Theis and Trump-endorsed Mike Detmer. Plus, he unpacks the Democratic primary for the 11th Congressional District between Reps. Andy Levin and Haley Stevens, where many large pro-Israel groups have spent large amounts of money to help Stevens. 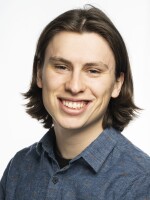