If you’ve ever lost a loved one suddenly, tragically, you likely know the first year after their death is spent tussling with reality. Maybe this is especially true if the person you lost was young.

There are so many years they’re not going to have. The world around you both flies by, and slogs along.

Now, imagine that grief on a community-wide scale–felt deeply, and differently, by every person, but a collective grief all the same.

On November 30th, 2021, a student at Oxford High School pulled a gun from his backpack, and opened fire on his classmates. He wounded seven people, and killed four other students.

The past year has looked vastly different for people throughout Oxford. Teachers say they fear their breaking point. Parents have grown weary of their schools. Students continue to look for ways to cope with their shared trauma.

But one thing rings true across the board for Oxford. The story of a school shooting doesn’t end with a news cycle. It doesn't end when the cameras stop showing up to campus or when weapon detecting devices are installed at a school. It’s an ongoing story, and one that only the people who’ve gone through it can truly understand.

Aubrey Greenfield and Zoe Touray
In the aftermath of the tragedy, Zoe Touray, now an Oxford alumna, and Aubrey Greenfield, a current senior, both became involved in gun reform activism.
Listen to their conversation

A year ago, Zoe Touray and Aubrey Greenfield didn’t really know each other. They were the kind of friends who might say “I like your dress” at homecoming, but not the kind that have deep conversations or spend hours together on the weekends canvassing college campuses.

Zoe, a recent graduate of Oxford High School, and Aubrey, a senior, are now activists involved with March For Our Lives. The youth-led movement to end the epidemic of gun violence in the U.S. was founded in the wake of the 2018 shooting at Marjory Stoneman Douglas High School in Parkland, Florida.

In the aftermath of the shooting at Oxford, Zoe and Aubrey found themselves bonding over their experience and their conviction to do something about gun violence. Both the shooting and their involvement in activist spaces has changed them.

For Aubrey, activism has provided a sense of community and purpose.

“It's kind of like activism and, like, trauma-bonding in the sense that brought us together,” Aubrey reflected. “It feels like being an activist fills that little hole that has been there since the 30th.”

That “hole” is felt by students, parents, teachers, and other members of the Oxford Township community. It is a collective grief felt deeply, and differently, by every person. One year after the tragedy, each person is figuring out how to exactly cope with what happened.

For some people, like Zoe and Aubrey, it’s meant pouring their energy into activism. Some are trying to put the whole tragedy behind them. For others, it’s memorializing the lives of those they lost that day.

Reina and Steve St. Juliana
Steve and Reina St. Juliana sat across from each other at their family dining table to share memories of Hana St. Juliana — daughter and sister — and to talk about the toll that this year has taken on them. It’s clear in their voices that they’re tired.
Listen to their conversation

The past year, Steve St. Juliana and his daughter Reina have fought to keep the memory of Reina’s sister Hana alive. The family has also been vocal in calling for accountability from the Oxford school district. They’ve been frustrated by what they see as resistance for a true reckoning over what happened at the school.

“How do I keep moving forward? [I] don't really have a good answer,” said Steve. “It's just maintaining a focus on what's good for my family and taking one day at a time…My focus is trying to keep the momentum moving forward, because I'm afraid if we stop, that it'd just be too difficult to get moving again.”

Reina said one of the things that has kept her going has been seeing people step up to honor Hana and the other three victims. Reina helped organize a fundraiser earlier this year to sell t-shirts and raise money for a memorial bench for Hana at a local park. Steve said people were waiting in line for hours to buy a shirt–which featured illustrations of Hana’s favorite things on the back. It features Hana’s favorite Converse shoes, berries as an homage to picking fruit with her family, and her favorite Japanese food, among other things.

“I have not felt happiness since the shooting until that day,” recalled Reina. “Like, I genuinely, I wasn't faking anything. Like, it was my real smile. If someone asked me, "How are you?" that day, my actual answer would be "good," and it wouldn't be a lie. It wouldn't be something to please others.”

The fundraising event went so well, the family expanded their vision and have plans to create memorial garden to honor all four of the Oxford shooting victims.They hope to break ground in the spring.

Reina is a senior this year, but she’s chosen not to return to the high school for classes. Instead she’s taking her classes mostly online through the local community college.

Last week the Superintendent of Oxford schools announced he will resign. He cited his deteriorating health, and the need to recover from the events of November 30th.

For those who have returned to the building, it has been a tough adjustment. That includes teachers.

Lauren Rambo is a science teacher at Oxford. On the day of the shooting, she was sitting at her desk in between fourth and fifth hour classes when she heard loud banging sounds outside her classroom. Melissa Gibbons, a language arts teacher at the school, was on the other side of the building that day. A switch flipped, and both launched into “teacher mode.”

“Once I kind of knew…you know, my room was safe in terms of being locked down, that's when I checked in with my children,” Melissa said. “And then I texted my husband”

Lauren and Melissa want the community to know that they abided by the procedures they were trained to follow, and that it saved lives.

“And that doesn't bring back or take away from the tragedy that happened to our four students and our wounded students and our colleague,” Lauren said. “But I think to know that there were things that went exactly as they should have and that saved lives is something that I'd like people to know.”

Both teachers try to be sensitive to the fact that some days, students don’t have the mental or emotional energy to prioritize their learning. To show up for work every day in a building where lives were lost takes a toll on teachers, too.

“...We still need to teach them English and biology,” Lauren said. “That’s our job. But sometimes they can't learn it that day, just like we may not feel like we can teach it that day.”

Abbey Allion and Olivia McMillan
Around Oxford, Justin Schilling was known for his bright and outgoing personality. After he was shot and killed in a school shooting last year, his closest friends have tried to keep his memory alive as they make sense of their own experiences.
Listen to their conversation

The pressure to return to normal after an unfathomable event is one that weighed heavily on Abbey Allion and Olivia McMillan. They lost their best friend Justin Shilling in the shooting.

“Especially when we went back to school and it was like, okay, now you have to be normal. Now you have to go back to just pretending like this didn't happen. Go back to your normal life. Pretend your best friend didn't die,” Abbey explained. “It just felt like, oh, we just want to, like, move on, pretend this didn't happen. And the last thing Olivia and I wanted to do, and I think probably other people that were very close [to the victims], was like move on from this. We don't want to move on from that. We don't want people to forget about them.”

Each milestone–Justin’s 18th birthday, the last day of school, high school graduation–was a reminder of their loss. Even on days when they are just hanging out as a friend group, Olivia said Justin’s absence is palpable.

“It's like there's something missing. And it's the reality of the aftermath that no one wants to look at and care about because it's not the trial. It's not the shooter. It's not the parents. It's not this, it's not that. It's kids dealing with grief and trauma and reality.”

Families, friends, colleagues, and neighbors in each of those places are part of a community with Oxford. It’s a community they never asked, or wanted, to be a part of. But a growing community, nonetheless.

Last week, the Superintendent of Oxford schools announced he will resign. He cited his deteriorating health, and the need to recover from the events of November 30th.

Laura Weber Davis
Laura is Executive Producer of Stateside. She came to Michigan Radio from WDET in Detroit, where she was senior producer on the current events program, Detroit Today.
See stories by Laura Weber Davis

April Van Buren
April Van Buren is a producer for Stateside. She produces interviews for air as well as web and social media content for the show. 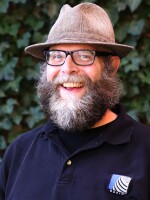 Mike Blank
Mike Blank is a producer and editor for Stateside.
See stories by Mike Blank