Why a primary election matters so much

Detroit Documenters | By Meg Krausch
Voter pitfall to avoid: Not voting because “nothing ever changes.” Local elections can be decided by a small number of votes, and local officials make decisions about things that affect you everyday like schools, housing and transportation. Casting your vote and staying involved after the election is one way to make change.

Voters in Detroit are about 90% Democrat. This means that most of the competition for candidates in partisan races actually happens in the primary, within the Democratic party ballot. For many of the big races, the election is more or less decided by the time the general election happens (although there are definitely exceptions to this, and both the primary and general elections are important).

Primary elections are the chance the voters have to decide who will be nominated by each political party to run in the general election.

All the candidates appearing in the August primary can be found here.

In a partisan race, such as for U.S. Senate or Congress, primaries narrow the field down to one candidate within each political party.

For a nonpartisan office — like judges — the primary is used to narrow the total field of candidates.

This primary election will be the first one since the voter approved Michigan’s redistricting process to address gerrymandering. Because of this redistricting, there are fewer incumbents (elected officials running again to keep their seats), and new candidates think they might have a better shot, making the primary more competitive than usual. You can find your district here.

The winner of a primary in Michigan will be the candidate that gets the most votes, but a candidate doesn’t need to get a majority of votes to win.

Why should I vote in a primary?

The candidate of your choice needs your support in the primary to improve their chances of being in the November general election.

Fewer votes overall in the primary and in lower-profile races further down the ballot mean that each vote carries more weight. In 2018, about twice as many people voted in the November general election (194,260) in Detroit as voted in the August primary (100,675). In some primary races for the state Legislature, under 10,000 votes were cast. This also means that it’s easier for special interest groups or well-financed candidates to influence the election in the primary.

Lower-level races like these are important too because they are often stepping stones to higher office. Michigan Gov. Gretchen Whitmer was first elected to the State House of Representatives, before going on to the State Senate, and then the governor’s mansion, where she now has a national profile.

Even if the candidate you vote for doesn’t win, your primary vote still matters. Political parties and candidates might decide to devote more or less attention and resources toward certain demographics, policies and issues based on voter turnout and primary results.Candidates who receive significant support but ultimately don’t win primary elections can sometimes still influence the winning candidate and the platform they take with them to the general election. 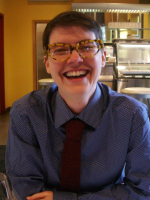 Meg Krausch
Dr. Meg Krausch (they/them) is a public sociologist, which means that I am committed to using my training as a social scientist in the service of the public good. I study inequalities and social movements, and I am especially interested in how grassroots communities develop ways to resist their marginalization.
See stories by Meg Krausch