When Kinross EMS gets called to deal with an emergency, EMS director Renee Gray hears a piercing alarm and voice over a speaker.

A woman nearby is showing symptoms of a stroke. But since two of Gray’s three EMS crews are on other assignments, she has no choice but to send her last crew.

If another call comes in, Gray will have to respond herself or contact an agency further away to come to the rescue.

Instances like this pop up throughout the first congressional district, which includes the entire U.P. and the counties north of Houghton Lake. With every new year, Gray said it gets harder to run her EMS service.

Your spot for Election 2022 coverage
Michigan Radio is here to be your source to learn about the candidates and issues on the ballot, as well as the voting process.

But it’s not just ambulance services.

The sheer physical distance between people and the resources they need can sometimes lead to life-or-death situations.

“It’s an age-old problem,” said John Barnas, executive director of the Michigan Center for Rural Health. “There continues to be recognition that there are issues in rural America [and] rural Michigan that have to be addressed.”

The contenders for Michigan’s first congressional district list health care as a priority.

This year, Republican incumbent Jack Bergman is challenged by Dr. Bob Lorinser from Marquette. Libertarian Andrew Gale and Liz Hakola of the Working Class Party are also in the running.

Lorinser, a Democrat, hopes to flip the district by marketing himself to voters as a doctor before a politician.

But it’s no secret that the district is solidly Republican.

“The Democrats got a long way to go to make this close,” said Scott LaDeur, a political science professor at North Central Community College in Petoskey.

He said the redistricting process has only increased the Republican edge. It added five counties to the south that have also recently leaned Republican and dropped Manistee and a portion of Mason County.

Bergman, a Marine veteran and former airline pilot, has held his seat since 2017. The last Democrat to represent Northern Michigan was Bart Stupak in 2010.

But Lorinser said he has firsthand experience dealing with rural health pitfalls while covering weekend shifts at small U.P. hospitals.

“I still remember the car accident with six patients coming on in. It was myself and two nurses. I have never been more scared myself,” he said. “You know, the accident happened there. And if it wasn't for our efforts at that smaller hospital, I don't think they would have made it by EMS to a larger hospital.”

Lorinser said he wants to see a “global, comprehensive plan for rural health care in the United States.” He said he would work to set federal standards for things like ambulance response time and the number of doctors per community.

He’d also advocate for increased funding for services and to create a pipeline of professionals to staff rural communities.

“I believe the role of the federal government, in this particular case, is to provide some level, some level of funding,” Bergman said. “But also, to kind of stay out of the way of Michigan.”

He said access to rural health care can be improved by focusing on other things like broadband internet in order for residents to use telehealth services.

“People are more concerned about being able to fill up their car with gas to get to their health care provider than they are about health care itself,” he said.

Bergman highlighted his efforts in Congress to protect people with pre-existing conditions — but he also voted to repeal the Affordable Care Act in 2017.

Political science professor Scott LaDeur said while health care access is important to voters in District 1, that doesn’t mean people will vote outside their party lines for it.

“If I'm insured and live in Petoskey or Traverse City or Sault Sainte Marie and I have access quickly to a hospital and urgent care facilities, then this isn't such a big deal,” LaDeur said. “If on the other hand, you're living on the outskirts of Cheboygan, it looks a lot different to you.”

When it comes to fixing the problem, Dr. Tressa Gardner, director of Emergency Services at McLaren Health System, said it comes down to resources.

For frontline workers like Renee Gray, it's hard to look to the federal government as a support system when facilities like hers struggle every day.

“I'm really hoping that some of our new congressmen can help us get some [solutions],” she said. “Because if we don't, the EMS structure in the nation is going to collapse. I have no doubt. It's doing it slowly already.” 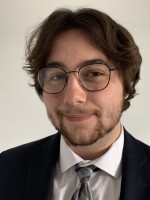