From 1829 to 1983, thousands of Native American children were sent to Holy Childhood of Jesus Catholic boarding school in Harbor Springs, Michigan. This month, the U.S. Department of the Interior published a report detailing conditions in these schools, including abuse and more than 500 deaths. Fred Kiogima survived this system. He attended Holy Childhood of Jesus in Harbor Springs. A retired Marine and member of the tribal council for the Little Traverse Bay Band of Odawa Indians, Kiogima has spent much of his adult life coming to terms with his time at Holy Childhood. He sat down with Stateside host April Baer to discuss what he experienced, and the wider impact on his life and family.

April Baer:  You come from a long line of family that went to Holy Childhood of Jesus. I know your older brothers were there, too. Would you share with us a little bit about what those years were like for you?

Fred Kiogima: It's not just my brothers, but my dad, my mom, my grandparents. They all went there, to the same school. So, we walked the same grounds. At that time, we weren't aware of what was happening in Holy Childhood. I went there from first grade to seventh grade as a boarding student. They did have tribal citizens that were forced there, enrolled there, but, a part of the curricula was the day students, also. So, Catholic students would come in from a regular school day, you know, 7:30 in the morning ‘till 3:30 in the afternoon. But the boarding students, obviously, were there 24 hours, seven days a week.

April Baer: What was the treatment like from the staff of the school?

April Baer: I'm so struck by the fact that, as you say, you had this experience where every aspect of your life was controlled. And then, as you grew up, you joined the Marines. Can you tell us a little bit more about that?

Fred Kiogima: Well, I've been wanting to be a Marine ever since [I was] 13. Unbeknownst to me, the discipline in there was extreme. But, as soon as I got to boot camp, I kind of had flashbacks. You know, one of the things the sisters used to say when I was in first grade, the snow would be up to my chest, you know, “You run around this field”. And she'd sit there and say, “You just run ‘til I get tired”. It's 20 degrees outside. You're young. You got the wrong type of clothing and you're running in the snow for an hour. When I got to boot camp, one of my drill instructors hollered that when we were out running: “You just keep running ‘til I get tired”. Oh, it's like I had a flashback. I've been here before. All I got to do was shut my mouth, be disciplined, regimented. And I fell in line because I'd already been down this road before, so I knew I could handle the regimented aspect of it.

April Baer: We are now at a place where the U.S. government has affirmed that this happened, that there wasn't just abuse, [and] has confirmed the deaths of children who are buried in these places. What does it mean to you that we're just on the cusp of the rest of America getting the straight story on something that you and your family have known for so many decades?

Fred Kiogima: I think it's definitely way overdue. But I'm also a realist in the fact of had it not been for Secretary Haaland being in that position, we wouldn't be here having this conversation right now. This was something that she experienced. I mean, just look at volume one of the initial report. Everything involved in it was a long term strategy of getting the Indians off their land. Getting rid of their languages, their cultures, their heritage, anything associated with that. It was done with intent by the U.S. government. And that's not slamming the U.S. government, because I'll be the first one to pick up a uniform and defend the flag again. And that's not the point. The point is history. We should always be mindful of history and talk to the people that lived it, not the people that wrote it. Because if you're writing history, you’re just hearing second-hand what happened. 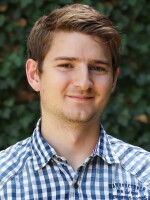 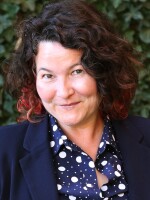