The Michigan Association of Broadcasters (MAB) is announcing the winners of their annual Broadcast Excellence Awards during Awards Week, this Monday through Friday, March 22 – 26, 2021.

Today, Tuesday, March 23, Michigan Radio received notice that the station had won in the following categories:

Mini-Documentary or Series – Michigan Radio received a Best Award for The Lasting Consequences of Systemic Racism, a Stateside series of conversations on what systemic racism looks like.  Stateside is Michigan Radio’s daily talk program hosted by April Baer.

Monday, March 22nd, it was announced that Michigan Radio's story For the first time, multiple women speak out about former U-M provost’s alleged sexual misconduct by Kate Wells received a Merit Award in the Hard News & Current Events Story category.  The story reflects on former University of Michigan Provost Martin Philbert, who was highly regarded in his field but ultimately suspended and fired after at least 20 women filed complaints against him.

Each weekday, the Best and Merit winners are being announced in several categories.  At the end of the week, the final awards and Station of the Year will be unveiled.  In years past, the winners of all categories and Station of the Year were announced at the annual banquet; however, due to the pandemic, the MAB created Awards Week with all awards being presented virtually.  Cynthia Canty, the former host of Michigan Radio’s Stateside show, is hosting the Broadcast Excellence Award Week announcements.

The Broadcast Excellence Awards program recognizes outstanding achievement in broadcasting by commercial and public television and radio stations in Michigan each year. All 2020 entries aired between January 1 and December 31, 2020. Michigan Radio competes in Group 2 of the Public Radio Broadcast Excellence Award Divisions, which is for stations with more than $2 million budget. 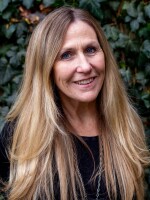 Suzanne Belanger
Suzanne Belanger is a Marketing Associate at Michigan Radio, coordinating community and media partnerships, public relations, special events, and more. She started working in radio when she was 14 years old at her hometown station in Delphos, Ohio. Throughout her radio career, she’s worked at a number of stations in Ohio, Florida and Michigan.
See stories by Suzanne Belanger
Latest Stories