Peter Savolainen, a professor of civil and environmental engineering at Michigan State University and one of the study's authors, said speed limits make distracted driving even more dangerous.

“When you’re traveling at higher speeds you're covering greater distances and so there’s a greater risk of crash involvement there," Savolainen said.

Rene Gonzalez is a Lieutenant with the Michigan State Police public information office. He said the enforcement is a reaction to crash data that signal an increase in crashes involving speeding.

"With the arrival of the winter snow, that's going to make speeding even more dangerous and crashes more likely. So that's why we're going to be out there trying to slow people down and we're hoping that they'll think twice before they decide to drive over the speed limit or become distracted." Gonzalez said.

Savolainen confirmed that increasing patrols on the roads is one of the most effective ways to minimize crashes, since changing driver behavior can be difficult.

“Enforcement tends to be fairly important when trying to have adherence to those actual speed limits.” Savolainen said.

The speed enforcement campaign started on December 2 and will continue into February 2023. 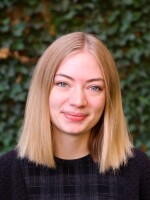