In early July, a breeze slipped over a treeline of tall maples and stirred shoulder-high stalks of corn on Larry Walton’s 500-acre farm. It was an encouraging sound, like whispered words of stability, security, and profit. But how long can that last?

At age 60, Walton was raised on his family’s farm here in St. Joseph County, along Michigan’s border with Indiana. The agriculture that he and some 850 other county farmers practice earns roughly $260 million annually, more than most of the state’s other big farm counties. And like other growers engaged in American agriculture, St. Joseph’s farmers count on reasonable stability in weather, soil, labor, costs, and commodity prices to reduce the inherent risks all farmers face.

Oh, and one more essential risk reducer: water. Even though Walton sowed his 2021 crops of corn and soybean during the driest spring planting conditions state meteorologists ever recorded in Michigan, his fall harvest looks to be strong, maybe one of the best in years. "We've never lost a crop here," Walton remarks. “Things look very good for the fall.”

A new narrative about water and irrigation is becoming more significant in Michigan as the century progresses.

Indeed, on the Walton farm, and all across St. Joseph County, ample reserves of water assure farm prosperity. Specifically, high-capacity irrigation wells that pump at least 100,000 gallons a day – typically over 1 million gallons daily — and apply it at scheduled intervals and in precise quantities to reduce risk. Walton has five wells. There are at least 1,000 more spread across the county, irrigating 123,000 acres, or half of all county cropland. St. Joseph, according to the most recent U.S. Department of Agriculture farm census, is the second-most heavily irrigated county east of the Mississippi River.

But here’s the challenge in St. Joseph and throughout a state with one of the world’s largest reserves of fresh water, and an expanding agriculture economy that delivers nearly $9 billion annually to 46,500 farms: is the contemporary balance between farm prosperity and sufficient water secure over time? Will there be enough water for Michigan’s thriving farm sector, and for every other use of a natural resource growing scarcer across much of the rest of the nation?

That’s no idle question. A new narrative about water and irrigation is becoming more significant in Michigan as the century progresses.

The line marking the start of the boundary of the arid West used to lie in central Nebraska. With the region’s mega-drought, now 20 years in the making, that line has migrated east. It is now a little closer to Nebraska’s border with Iowa.

As its abundant fresh water and temperate climate become more attractive to out-of-state farm companies, Michigan also is experiencing its own early confrontations over water supply and scarcity.

Yet as its abundant fresh water and temperate climate become more attractive to out-of-state farm companies, Michigan also is experiencing its own early confrontations over water supply and scarcity. Two years ago, Allendale Township in Ottawa County halted housing construction permits because new home water wells were draining an aquifer and causing high-volume agricultural irrigation wells to grow steadily saltier. Industrial use is draining a big aquifer in Calhoun County. In 10 counties from Kalkaska to Monroe, Michigan hydrologists have identified big aquifers so thoroughly depleted that the state denies their use for any high-volume wells.

Demand for new wells is keen. Changes in the state farm sector, particularly in raising over 200,000 acres of high-value seed corn, 48,000 acres of potatoes for chips, and much larger livestock and dairy operations – all of which require guaranteed supplies of large volumes of water — are prompting farmers to annually install hundreds more high-capacity irrigation wells.

Michigan now counts nearly 11,000 agricultural wells, 3,800 of them installed from 2010 to 2020. High-volume irrigation wells, once concentrated in counties close to St. Joseph in southwest Michigan, have now spread north as far as Antrim County and through central Michigan. They pump a lot of water.

Ron Gillison, who farms in Manistee and Wexford counties, has two irrigation wells that supply 7 million gallons a week. “You need it,” said Gillison. “It helps us with increased production and efficiencies around a row crop. It’s getting to the point that we can’t afford to not have water. That’s our biggest risk up here is the lack of water. With our sandy soils we can’t sustain a long drought.”

Agriculture and industry were the only two economic sectors in Michigan that used more water during that period. Michigan’s overall water use during the decade declined 14% from 3.5 trillion gallons to 3 trillion gallons.

Until the early years of this century, Michigan regulators and lawmakers paid scant attention to the supply of groundwater. During much of the 20th century the number of irrigation wells in Michigan was negligible. More significant was the safety of groundwater, which 45% of state residents rely on for their drinking water. Toxic chemicals leaking from old industrial sites and waste dumps across almost all of Michigan had contaminated hundreds of shallow aquifers and made them unfit for any use.

Two events elevated groundwater supply as an issue and led to a formal state oversight program. In 2001, a group of Mecosta County residents sued to stop Nestlé, the world’s largest food company, from depleting a spring to fill its Ice Mountain water bottles. The suit alerted the state to the vulnerability of its groundwater in the face of industrial exploitation and diversion, and led to a settlement that reduced how much water Nestlé could pump. Seven years later, the Granholm administration helped negotiate the Great Lakes Water Compact, agreed to by seven other states, plus Ontario and Quebec, to manage groundwater and surface water, and prevent diversions of fresh water out of the Great Lakes basin.

Michigan responded in 2008 by requiring farmers to register any new well capable of pumping at least 100,000 gallons a day and forming a team of state regulators to issue or deny new registrations. The office, now called the Water Assessment Unit, operates within the Department of Environment, Energy, and Great Lakes with nine people and a $947,500 annual budget. Led by Jim Milne, a 33-year environment department employee, the unit’s regulatory mission is to prevent high-volume wells from draining aquifers and damaging streams and fisheries.

At the core of the unit’s work is a unique, first-of-its-kind online screening tool developed by state regulators, research scientists, and data visualization experts. It is designed to provide farmers seeking to register a new well a quick measure of the project’s potential to cause stream and fishery problems. If the response is no anticipated damage, well registrations are virtually automatic. Well operators are required to report the total volume of water they use.

If the tool projects damage to streams and fisheries, the registration is denied. Milne’s office then conducts a site review to determine the accuracy of the online determination. In some cases farmers can submit additional evidence to support their application.

As a measure of Michigan’s determination to manage groundwater supply, the Water Assessment Unit and its online program have no equal. No other state has developed an online management approach. The tool has attracted national awards, and not just for adept use of science and technology. In law and practice Michigan succeeded in sharing the burden of collecting data needed to make groundwater withdrawal decisions between the state and high-capacity well developers. The law and the program require applicants to provide data and make the case they are not causing harm.

But as an example of how to efficiently merge data, modeling, algorithms, and assumptions to reach firm conclusions about risk, the online tool has problems. Farmers complain about the cost of defending their proposals for new wells when the tool raises questions about their applications.

Of the 431 proposed new well registration applications received last year, 168 were not immediately approved. Hydrology studies and other technical evidence to support a new registration is expensive. Only six applications were ultimately denied, but farmers also chafed at the amount of time it takes the Assessment Unit to review registrations the t0ol rejected. Most take weeks t0 complete.

Everybody connected to the Water Assessment Unit – staff, advisory council, and farmers – agrees that the data, hydrology and science used to draw conclusions should be significantly strengthened.

“Basically, the tool represented a compromise,” said Jim Olson, a Traverse City-based environmental attorney who litigated the Nestlé court case for Mecosta County residents. He asserts that the tool’s estimates have to be replaced with actual data on stream flows, groundwater levels, and pumping tests. “The model is nothing but a model, which by itself, without site specific background, pump tests, and continuing monitoring, is not reliable.”

“We developed this tool and then we stopped investing in it,” added Tom Zimnicki, program director for groundwater, surface water, and agriculture at the Michigan Environmental Council. Zimnicki also sits on the program’s 23-member Water Use Advisory Council. “We stopped updating it in the way that we needed to. We stopped funding both the tool and the data collection pieces. It fell to the backburner.”

In its most recent report to the Legislature, the Advisory Council recommended nearly $10 million in spending, most of it for hydrological research and data collection. A $5 million budget item to do half of the work awaits action in Lansing.

“The Water Withdrawal Assessment Tool was developed as a screening tool, with the expectation that it would be refined over time,” said Alan D. Steinman, director of Grand Valley State University’s Annis Water Resources Institute, and a member of the team that developed the tool. “I am biased, of course, but I believe it met that goal. The problem is that the state never took on the not insignificant burden of refinement.”

Despite the weaknesses, the state farm community, represented by the Michigan Farm Bureau, a politically influential group, has expressed consistent support for groundwater management. As an active and prominent Farm Bureau member, Larry Walton participated in the program’s development and oversight. “We were at the table when it started,” he said. “We’re still there. Our views are heard and taken into account.”

There’s a reason that farmers, notoriously resistant to government oversight, support the work of the Water Assessment Unit. They’re concerned about water supply. It’s no longer a dispute that as the country warms and dries, Michigan’s ample groundwater reserves are a decided competitive advantage in agriculture. The question facing farmers and the state is whether that advantage can be sustained. Competition for groundwater appears certain to increase as out-of-state food and fiber producers migrate to Michigan from the arid West, much hotter South, and other drying regions of the world.

For the time being, agriculture water use is just 6 percent of the state’s total water use. That is an unusually small percentage for a major agricultural area. In most other regions with large farm sectors, agriculture accounts for 60 percent or more of total water use. In addition, Michigan’s aquifers hold as much fresh water as Lake Huron.

But Michigan also has a long and disturbing history of succumbing to economic pressure from other industries — oil and gas development, hard rock mining, timber, and suburban expansion — allowing exploitation to ruin the bounty and value of a vital natural resource.

“Given what the western states are facing, and global water scarcity and droughts driven by climate change, it is more important than ever that Michigan sustain and manage its exhaustible water resources,” said Jim Olson, the environmental attorney. “Our farmers, industries, and communities will be competing for water with users from elsewhere. Foreign agricultural interests will use Michigan water, and export crops and food to support people in their own country.”

By developing the online screening app and forming the Water Assessment Unit, the state displayed an all too rare feat of government – anticipating and reacting to an impending challenge. Every year that passes draws Michigan closer to determining whether the state succeeded in assuring its bounty of groundwater. 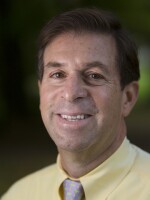